Excerpted from the July 2018 issue of Acoustic Guitar

Hurt’s guitar accompaniments were generally short and melodic, but he hardly ever played two consecutive verses exactly the same way. In demonstrating his style of playing, John Sebastian, the jug band and rock’ n’ roll veteran, zeroes in on the pocket (rhythmic feel) and riffs that make Hurt’s music move.

In Example 1, (p. 36) Sebastian plays patterns inspired by “Spike Driver Blues,” Hurt’s classic one-chord take on the John Henry ballad. Sebastian frets the low G with his third finger throughout. In his interpretation, he does a bass line alternating steadily between the sixth and fourth strings. As for the melody notes, he frets the first-string G, as well as the second (third-fret D) and flatted third (third-fret Bb) with his fourth finger; he grabs the first-string F with his first finger to form a G7 chord.

The principal differences between Sebastian’s and Hurt’s versions are in the thumb-picked bass notes. Sebastian, like Hurt, moves his second finger to stop the fourth-string E, using this note alternately with the open D from the third measure throughout the piece. Hurt plays the E in the bass steadily through bars 3 and 4 only, then adds a fifth-string B in subsequent measures. 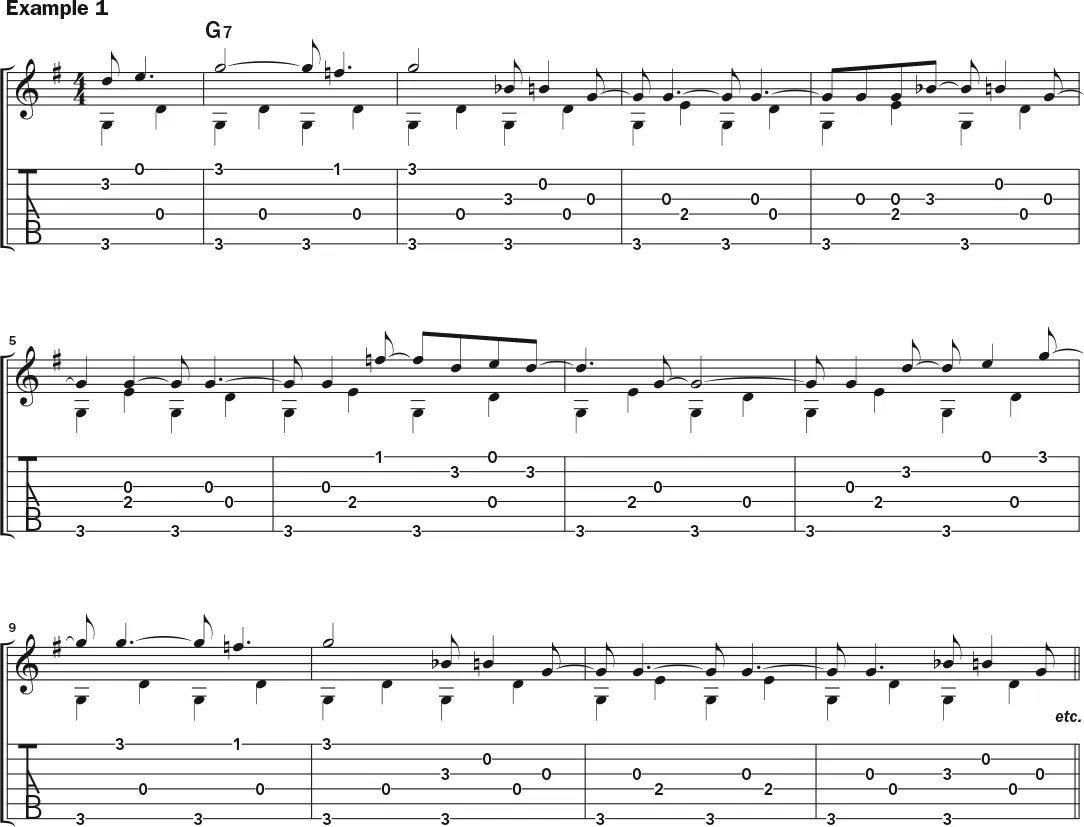 In his reading of “Avalon Blues,” the song that led to Hurt’s rediscovery, Sebastian again breaks the arrangement down to basics. As shown in Example 2, he uses a three-note bass line on each chord shape, adding the fifth-string B to the E chord, a low E to the A chord, and a second-fret F# to the B7 shape. Playing way behind the backbeats in the Hurt style, Sebastian cops one of Hurt’s favorite riffs around the E chord and also borrows an A-to-A7 chord change. A four-note bass run connects the B7 and E chords in measure 10. 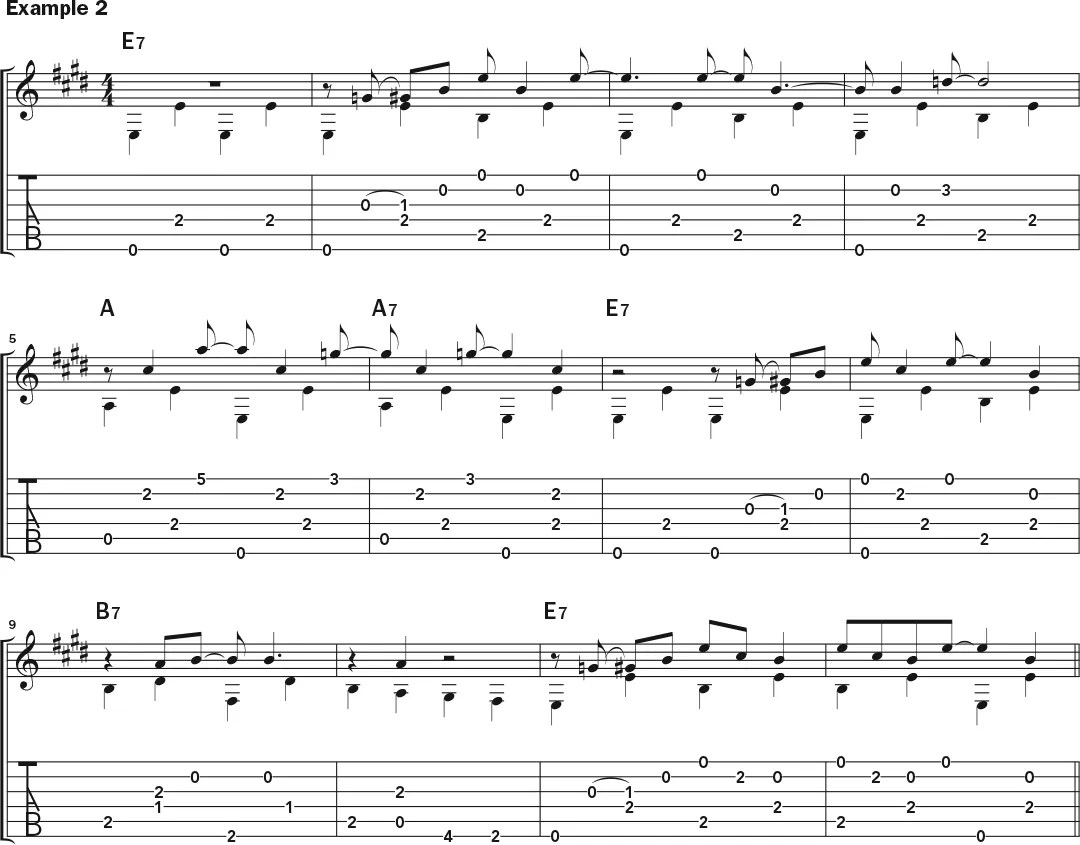 Excerpted from a lesson by Steve James in the July 2018 issue of Acoustic Guitar: